In this month’s ‘#GameChangers’, our monthly roundup of the Digital Marketing news that caught our eyes, we take a look at everything from Google AdWords’ ‘Campaign drafts and experiments’ features to Facebook’s plans to allow brands to advertise through Messenger.

We’ll start with drafts and experiments in Google AdWords as we here at Studio-40 feel this is a feature that we could implement across many of our clients accounts, and here’s why…

According to Google, drafts and experiments let you ‘propose and test changes’ to campaigns allowing you to to ‘measure your results to understand the impact of your changes before you apply them to a campaign’.

We think this will be a great way to A/B test campaigns with minor tweaks, whether it be to ad copy, extensions, bids or keywords themselves easily, quickly and effectively. Thanks Google!

Another reason to thank Google this month is for their introduction of Callout Extensions, amongst other features, into AdWords Editor. You can now edit and set up callouts straight from AdWords Editor in bulk, as you can with sitelinks, and save yourself a whole bunch of time and effort. Nice! 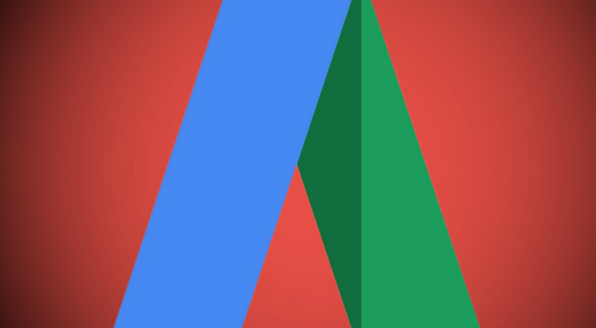 Google employee, Matt Lawson, has taken to Search Engine Land to explain a few details surrounding the removal of side ads and rollout of four top ads on Google’s SERPs. Many ‘experts’ in the PPC and SEO industry have been sharing their thoughts on the implications of the recent ad layout change but Matt has reassured advertisers that they’ve noticed drastic changes.

One of the key reasons he stipulates for the change is consistency across mobile, desktop and tablet. He also reinforced that the change was made as side ads weren’t very ‘useful’ and that it should improve user experience. Whilst many expected this to be bad news for smaller advertisers, Lawson explains that this is not the case and that they have thoroughly tested the change before rolling it out globally.

We here at Studio-40 echo his comments as we too have noticed as much a change in prices as was forecast. We’ll keep you updated on any changes.

We always like to feature a handy or educational tool that you can take away and try for yourself in our monthly roundups and March is no different. We recently came across a website review/ SEO tool called WooRank that lets you quickly and easily understand top level SEO issues with your site.

The tool grades any website you choose to run through it on a variety of factors from title tag optimisation to page speed and delivers you with an overall website SEO score. It also has a chrome extension so you can use it in one click whilst browsing.

Having trialled the tool over the previous few weeks, we have found it to be very useful for conducting quick and simple SEO audits and finding glaring issues with websites. However, for more in-depth and detailed audits, there is a whole host of other tools out there that can offer more with their paid packages. The free chrome plugin is certainly worth a go mind you. 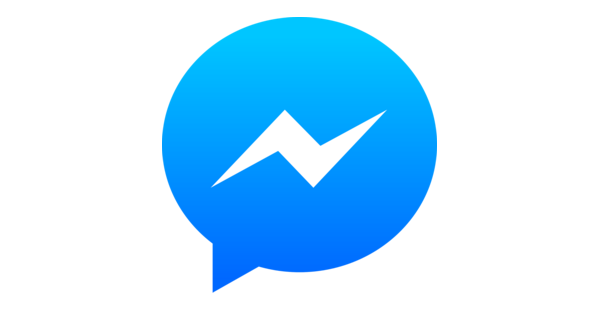 Facebook have only recently made it accessible for any user to stream live video and now they have revealed that these live videos will be prioritised on their friend’s timelines. Once the live video streaming has finished, the video can be re-watched but it won’t be prioritised in newsfeeds like a live video would.

This could be great for brands or small businesses who wish to stream a Q&A, for example, and reach a large audience. This update is yet another signal of Facebook’s ever growing emphasis on video.

A leaked document has revealed that Facebook also have plans to put adverts in Messenger. Whilst details surrounding this feature are few and far between, what we do know is that you will be only targeted with the ads by companies that you have previously had a dialogue with on Messenger.

Will this be as frustrating as some of the Facebook pages you ‘like’, only to be bombarded with sales focused posts everyday? We’ll have to wait and see.

Facebook have also begun to add music to Messenger, starting with Spotify, allowing you to share music a lot quicker and easier than Spotify’s current availability. 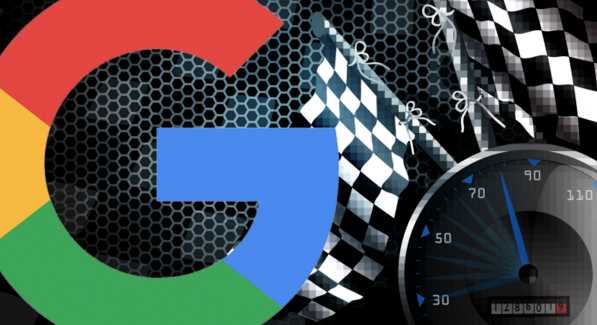 Google mentioned in December that Accelerated Mobile Pages (AMP) might become a ranking signal but have confirmed that they still are not… yet. Google Webmaster Trends Analyst, John Mueller says that they may use AMP as a ranking signal when they become more widely adopted.

It’s been around since 2012, but this Content Marketing Matrix by Smart Insights still holds up as a great resource for ideas in 2016! Whilst there are certainly more Content Marketing ideas that could be included, this is a great starting point and certainly worth a download/print off/ place on the office wall! 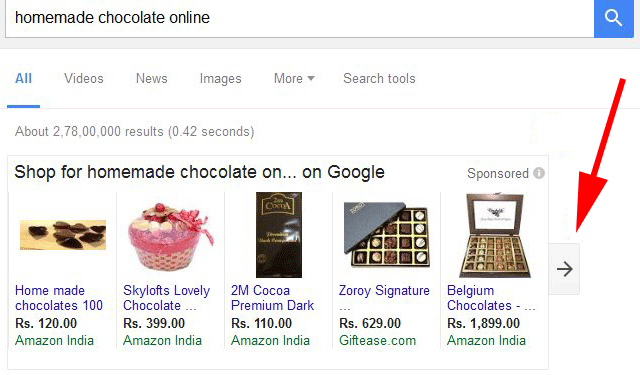 Some users have noticed a new version of product listing ads for certain queries, the above image comes courtesy of Sushan Sharma on Twitter. This new version allows you to click the arrow to see more products, but we aren’t sure exactly how many more than usual it will contain just yet.

Google has ran a similar test in the past with their expandable product listing ads, allowing up to 16 products to be viewed at a time, so these could hold the same amount. 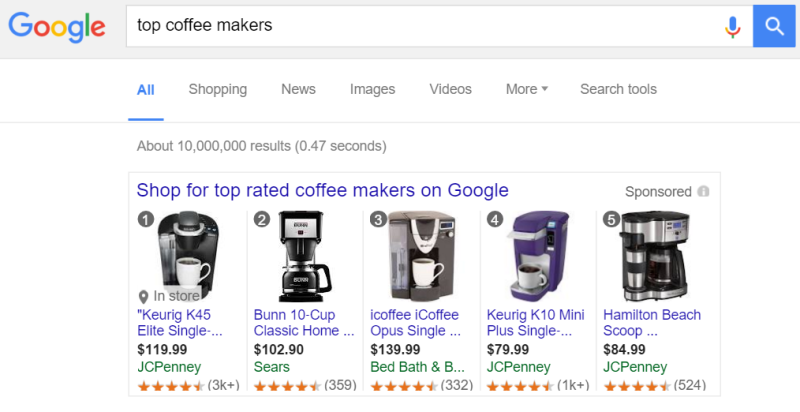 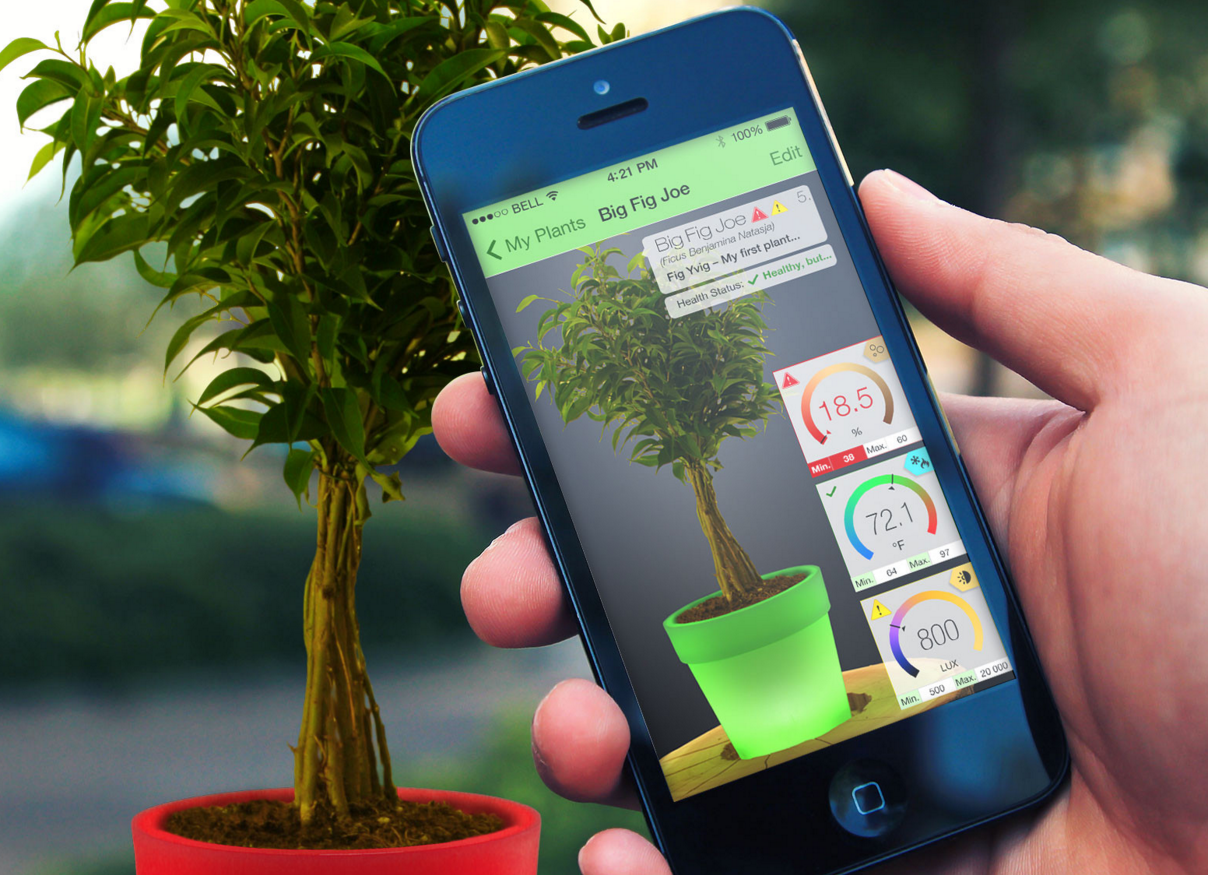 Since releasing this blog post on 16th March, Digital Marketing news sites, forums and social media has been awash with the news about ‘Mobilegeddon 2’. What exactly is Mobilegeddon 2? Well if you weren’t under a rock this time last year then you will have heard about the original ‘Mobilegeddon’, which was Google’s mobile-friendly update, aimed at improving the user experience on mobile.

Many webmasters and SEO experts agreed that ‘Mobilegeddon’ never had the impact that they thought it would or that was hyped up. Will this latest update, that will begin to rollout in May, finally give mobile-friendly websites a significant boost in Mobile SERPs against their non-responsive rivals? Although this will not affect any sites that have already become responsive, it’s certainly worth keeping an eye on rankings around May time.

Until now, Instagram have always displayed user’s feeds in an organic and chronological manner. However, according to the image-heavy social media platform ‘people miss on average 70% of their feeds’. The update, which will be rolled out globally soon, is an aim from Instagram to show users more relevant content that they will be more likely to engage with.

The Facebook-owned company will insist that this update is designed for the user but it does reflect Facebook’s own algorithm and opens up a whole host of new advertising opportunities. We think this could be beneficial for the user if done correctly like Instagram stipulates they’ll try to but it could put off a lot of people who have emigrated to Instagram for it’s non-salesy, organic feel. 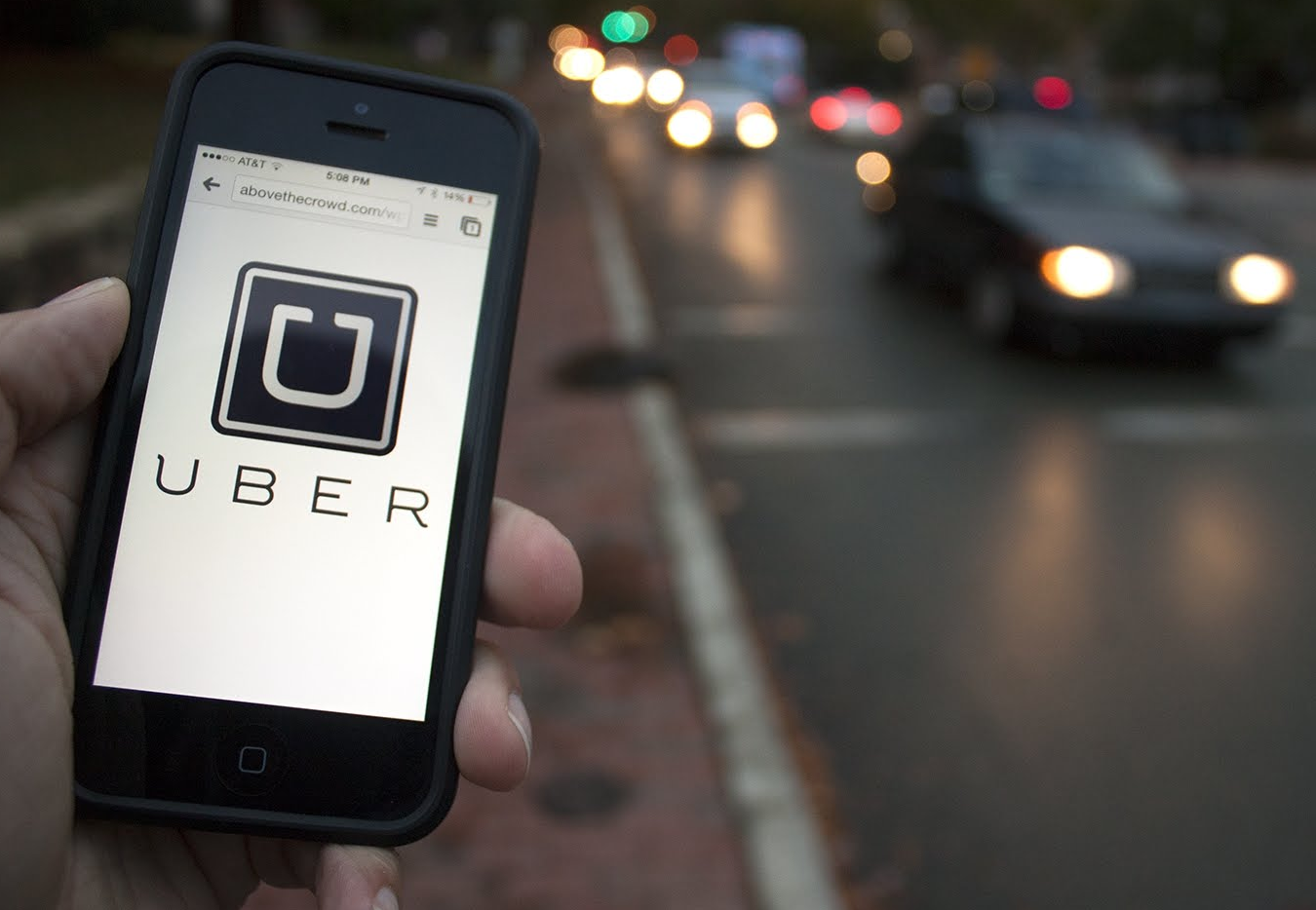 In an attempt to win back the share of the ‘Maps’ market and gain more traffic, Google have added an ‘Uber tab’ to Google Maps that will indicate time and destination for taxis and ride-sharing services. The tab will integrate with any taxi app that you currently have downloaded to show you key stats and save you the time of flicking between apps.

It’s only available to Android user’s right now but it will be interesting to see how well this will be received when it rolls out globally. 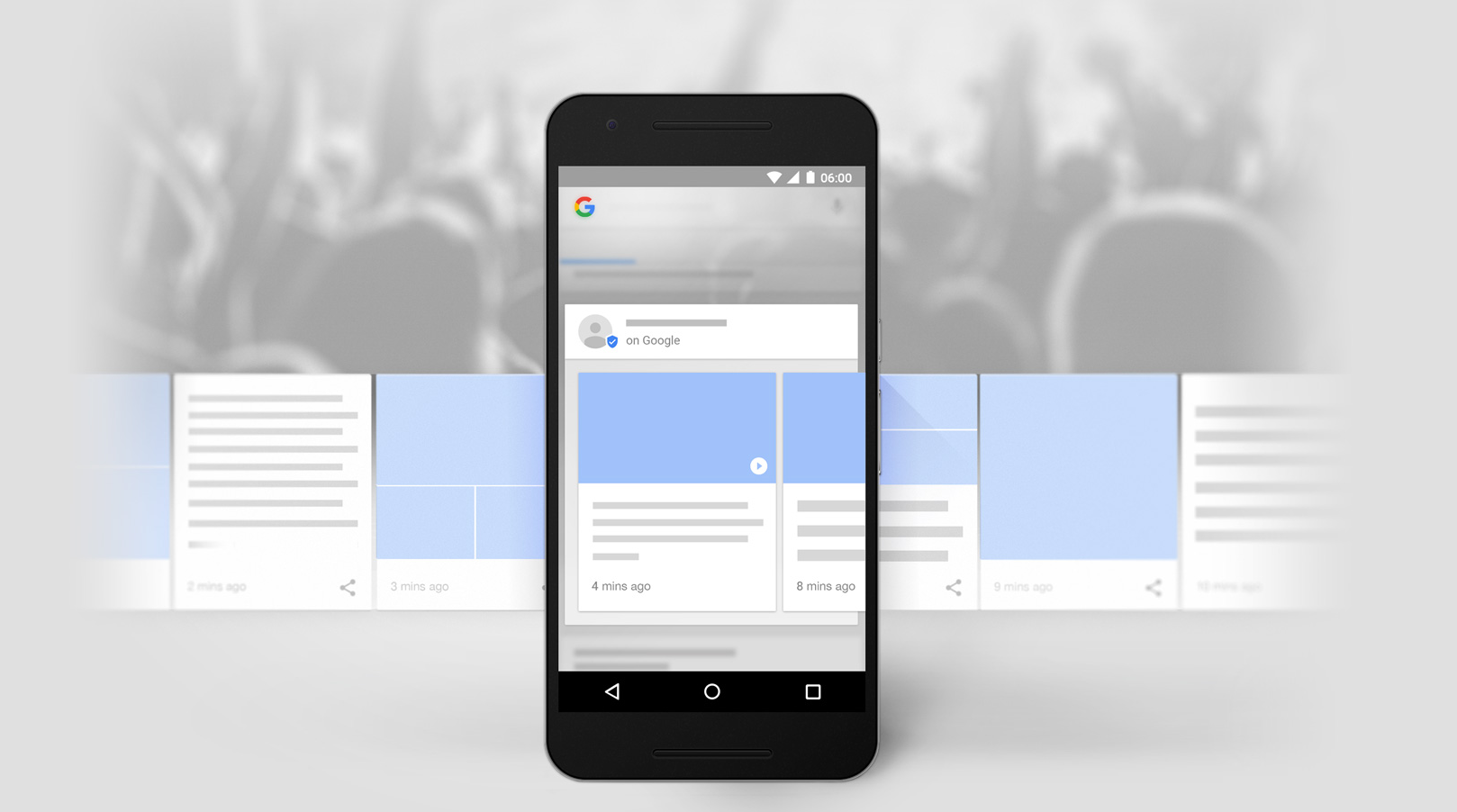 A potentially huge piece of news in March is the unveiling of Google ‘Posts’, which allows verified users to post text, images, videos and other content that will appear instantly in Google search results related to the user. Essentially, a personal content feed, live in Google SERPs.

Since the failure of Google+ and Twitter’s ongoing domination of live search, Google have been itching to steal back some of that traffic. This new Google project, nicknamed ‘Podium’, is only currently for verified users but there is a waiting list that you can sign up for although it’s unsure at this stage who will have access to post content.

It’s still early doors, but this could be a huge update in Google’s SERPs. We’ll keep you updated on any breaking news regarding Google Posts on our blog so make sure to check back in the future.

Make sure to keep checking back to this post as we will keep it updated with the month’s most game-changing news. Alternatively, give us a follow and keep up with us over on Twitter – @Studio40.