This year has already seen some brilliant examples of brands ‘thinking outside the box’ and using social media to increase their audience size and create engagement. Here are just a few of the best that we’ve seen:

UK fashion retailer Ted Baker used Instagram filters in a unique way to promote its new clothing collection. Over two weeks they posted specially-created photos asking followers to repost them and apply a filter to reveal a code which could then be used to enter their competitions. 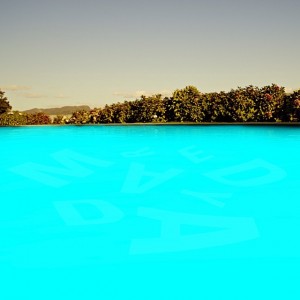 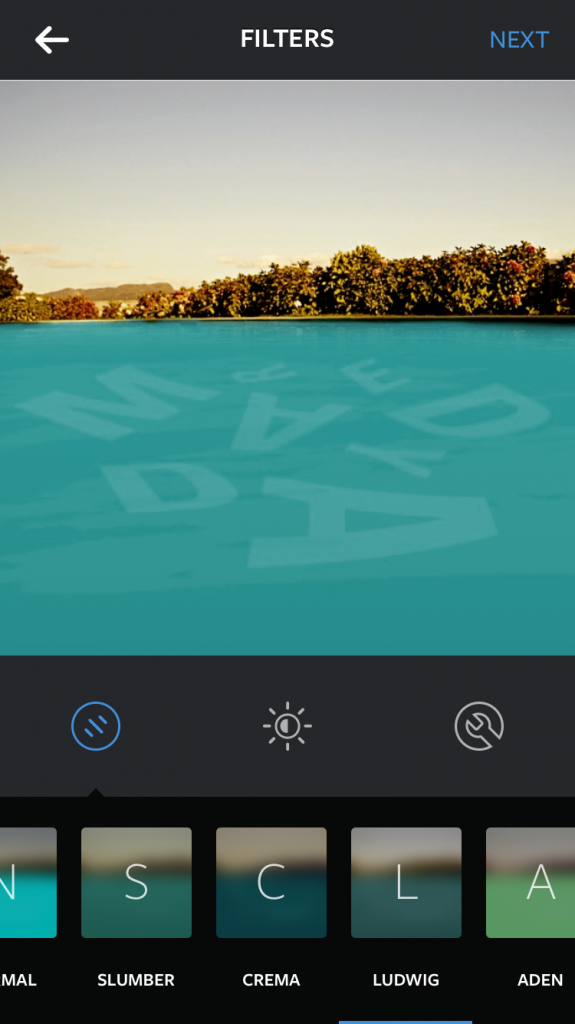 In May Domino’s began using emojis for their social media campaign on Twitter. Whether you love or hate the idea of using these icons, domino’s got people talking.

. If a user has a standard order set up with a Domino’s account, they can sign up for tweet ordering and away they go. This campaign has allowed Domino’s to significantly increase their engagement on their Twitter profile and discover who their customers are. Unfortunately this is currently only in the US but word has it we could we see this coming to the UK soon. Would you try this?

The fashion retailer used their Oxford Street flagship store in London to create an interactive fashion playland using the hashtag #PLAYLAND. This was a great example of combining both a social media and physical presence. Inside the store shoppers could play arcade games using Twitter to win prizes. All they had to do was @ or # the machine to win. Topshop’s window display was also transformed into a giant claw crane game powered by Twitter which was controlled like so: 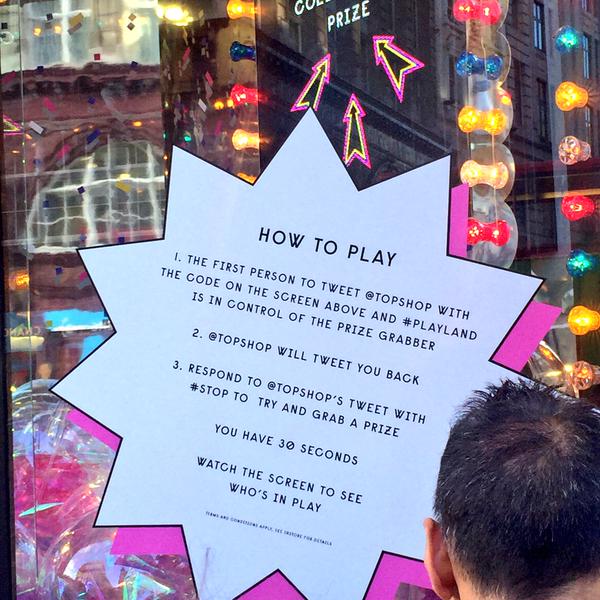 March saw the annual horse racing event Cheltenham Festival get underway. Online bookmakers Betfair were able to use this four day event to do something creative with their Instagram account. Users could upload photos of horses racing at Cheltenham using the hashtag #InstaBOOM and the name of the horse they were backing to get a £5 free bet.

Keep your #InstaBOOM picks coming in for the first race! We’ll pick FIVE at random and place the bet for you: pic.twitter.com/80P3FpZfEB — Betfair (@Betfair) March 12, 2015 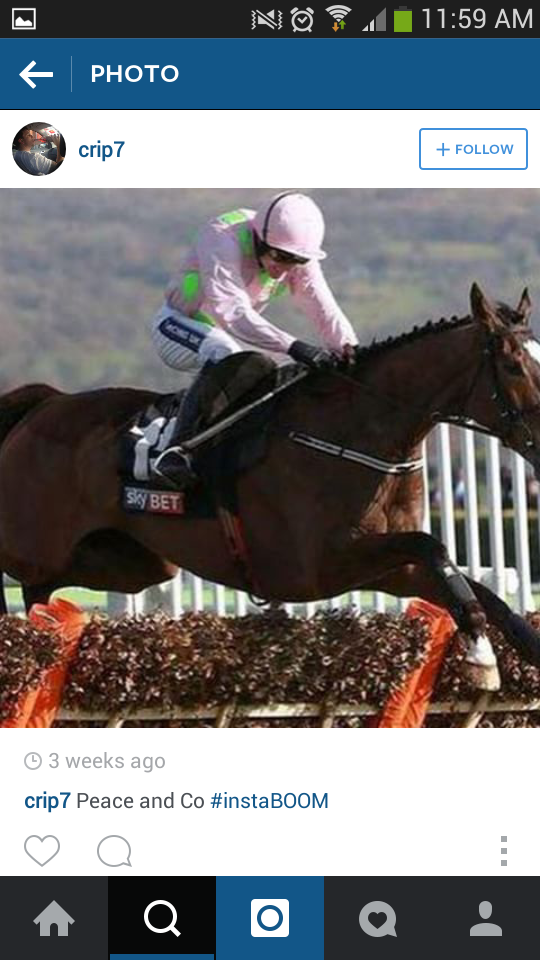 To celebrate their 80 year association with Wimbledon this year, Robinsons have created a Twitter campaign to get users excited for the event. They have hidden jumbo sized tennis balls across the UK for users to find. Participants need to follow the Robinsons Twitter account (@DrinkRobinsons) and follow the clues in their tweets and videos starring Tim Henman. Once they’ve found them they then need to tweet a photo for the chance to win a VIP day at the sporting event. This campaign not only shows the nostalgia that the brand holds but is a great way of gaining new followers on Twitter.

From VIP days at Wimbledon to jumbo tennis kits, there’s plenty of goodies up for grabs. Join the #HuntForWimbledon! pic.twitter.com/n26AZLlCZC — Robinsons (@DrinkRobinsons) June 25, 2015

Sport England created this campaign to support and celebrate women participating in sport. It aims to show women that they can get involved in a sport activity no matter what their size, age or level. This brand has promoted the campaign using social media well. They uploaded a YouTube video that gained almost 1m views in just 3 days and there is a dedicated Facebook page and Twitter profile which have gained engagement by using the hashtag #ThisGirlCan.

With many brands having already used social media to engage their audience and share brilliant campaigns, it’s exciting to see what others will do in the rest of 2015.

Talk to us if you would like support when it comes to creating your own social media campaign and generating engagement with your audience.

Part of our busy content marketing and creative team. Alice brings a keen understanding and passion for social media and off-page activity.