Throughout September there were lots of exciting changes that took place for the most popular social media sites. In this blog post, we’ll look at some of the latest features to be given an update or introduced and what we expect to be happening over the coming months.

As usual Facebook has rolled out a few new update over the last month:

The most recent announcement at the end of the month is that there will be big changes to user profiles. This includes:

According to TechCrunch, these changes have begun to roll out for some users already. 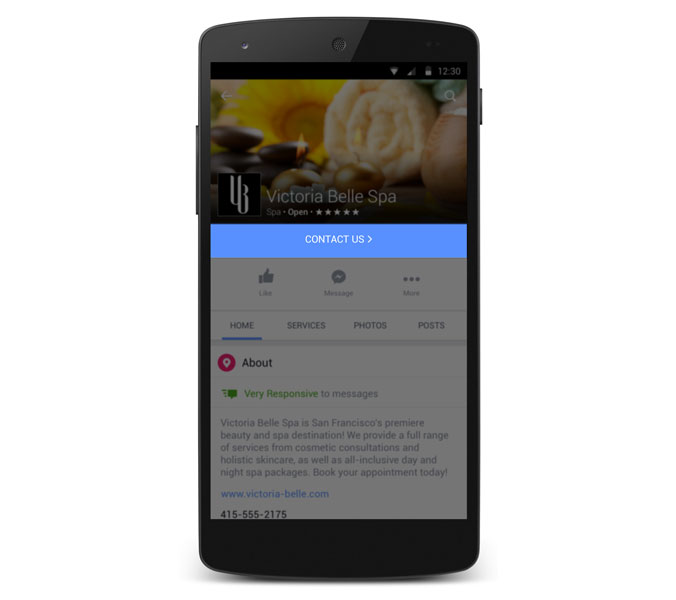 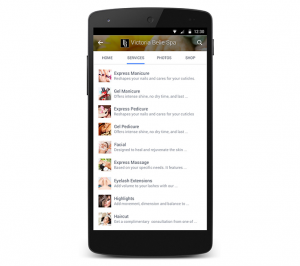 First of all there has been a focus on their mobile application. They have redesigned both user profile and business pages. On company pages. the call to action button has been made more prominent. They are bigger, brighter and now placed right at the top of the page. There are also new sections available for business pages to make it easier for businesses within different sectors can make their page more relevant to them. This also makes it easier for their customers to find what they are after. Read more about the latest updates for business pages on their blog: https://www.facebook.com/business/news/pages-updates

With Facebook having become one of the most popular platforms to watch videos in the past year or so, it’s no wonder they are taking full advantage of this drift. To give users an exciting viewing experience, Facebook has started allowing 360 degree videos to be uploaded and viewed. These types of videos are moving towards the future technology of virtual reality. They are shot with a number of cameras allowing the viewer to choose to watch the video from any angle.

The decision to start allowing these on their news feed is more than likely to compete with YouTube which has been allowing 360 degree videos for a while now. Although this update was made official in September the feature has only just begun rolling out. The company have said that web and Android users should see them soon whilst IOS users could see it being rolled out “in the coming months”.

A feature that Twitter has reportedly been testing for a while is their ecommerce button. At the end of September, they announced that the ‘Buy Now’ button will be launched across the U.S.. This allows retailers, no matter their size, to sell products and services within a tweet. This will be done by integrating with major ecommerce platforms including Shopify, Bigcommerce and Demandware. Hopefully this feature will be rolled out for UK businesses sometime soon. https://blog.twitter.com/2014/testing-a-way-for-you-to-make-purchases-on-twitter

The photo sharing app, which gained a record 400 million users surpassing Twitter in this month too, has been working on their direct messaging feature. You can now send a photo from the feed to another user as a message. Other updates include being able to reply to messages with emojis and texts and sharing photos with up to 15 users. There’s also the option of taking a photo using the camera within the direct messaging screen without leaving the conversation. http://blog.instagram.com/post/128118165112/150901-instagram-news-direct-v2 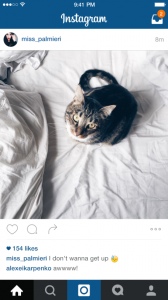 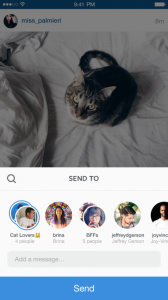 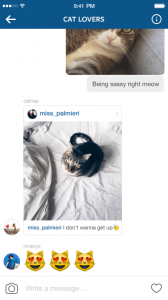 A welcome feature update for LinkedIn last month was its new messenger service similar to Facebook Chat and WhatsApp. This will help communication between users on the social media site massively and make it easier to create business relationships.

This is what the messaging service is expected to look like on desktop: 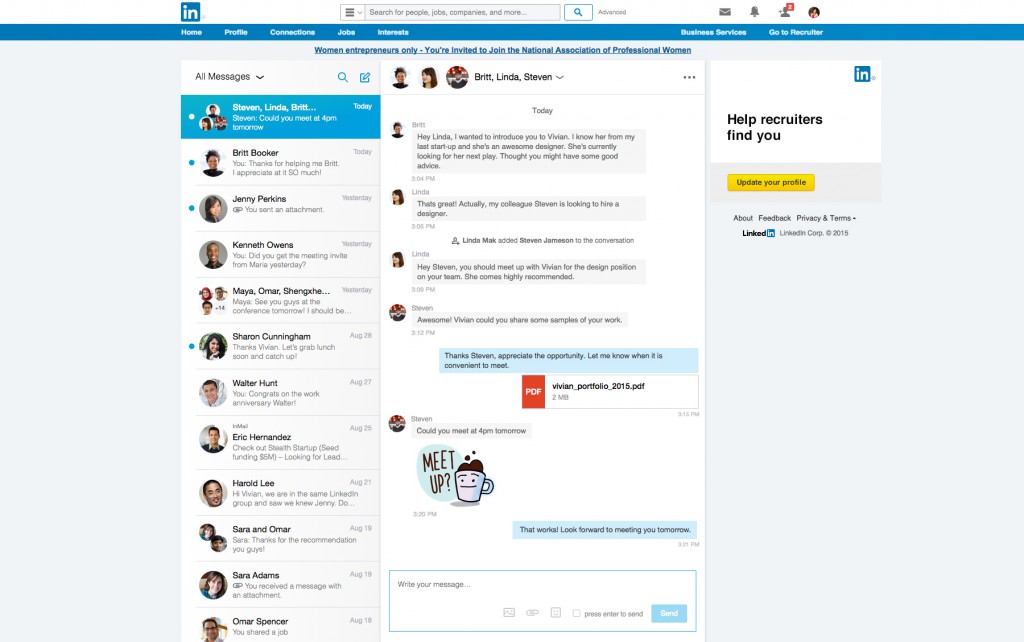 Google+ users on IOS will now be able to curate their feeds with photos and conversations that are relevant to their interests. It is similar to Pinterest in the way in which the user can follow other people’s collections of photos etc. The collections feature is one of the aspects of Google’s recent change to Google+.

After looking at the latest social media updates in September, here are some upcoming features that we’ve heard about and predict could be coming sometime soon:

According to ‘reliable sources’ Twitter is planning on removing the 140 character limit on tweets. Apparently, Twitter plans to create a product that allows users to bypass this and share long content. However, has the success of this microblogging platform always been down to the updates being short and sweet? What are your thoughts about this being removed?

Could Facebook become even more interactive? In September, they were reportedly testing immersive mobile advertising. This enables marketers to create ads that become full-screen when tapped. Michael Kors and Mr Porter are two brands which have already been trying out this feature. See how this feature is being used on Marketing Land’s article.

So with all these exciting new features being tested and reported on, we’re looking forward to seeing what October holds for our favourite social media sites. Want to know more about how your business could be taking advantage of these new features? Get in touch with us today.

Part of our busy content marketing and creative team. Alice brings a keen understanding and passion for social media and off-page activity.